This year did not start well. It was as if there was nothing to look forward to- for the near future there were only the cold and dark days of winter… The town even kept their Christmas decorations up throughout the winter to symbolize light in the darkness.

The first time I heard the words “state of emergency” was in July 1985 while I was living in South Africa. There were many violent riots at the time, but the most shocking incident was broadcast on television without warning: we were horrified while we watched Maki Skusana burn to death. She attended a funeral where she was wrongly accused of being an informant and then “necklaced” by the mob. (The detail is too horrific to write down.) Last year, when the life was squeezed from George Floyd on 25 May 2020, I made sure NOT to watch. It brought back the exact same emotion that I felt thirty five years ago…

Since then, more people have become aware of the plight of black people in America. Many more white people joined the BLM (black lives matter) marches globally. There was also a more meaningful focus during Black History month this year. Stories were shared, but this time there was an awareness and insistence that measures be implemented to right a subtle oppression that has been going on way to long.

The “state of emergency” was lifted just before Valentine’s Day which was on a Sunday. Monday, 15 February was family day and on Tuesday the children would be allowed back to school. What do you know; it ended up being a snow day! We had done a lot of waiting… It felt like a celebration in the middle of February. We were free again to go out. Free to attend church in person and to get that much needed haircut. The Mall was open again and even though the food court had take-out only, the parking lot was full again.

The birds were coming back and you could hear them chattering in the trees on a sunny day. I always wonder why they are in such a hurry to come back when we still have to wait so long for the sun to come up early, the days to get warmer and the snow and ice to disappear.

Unpredictable weather is a hallmark of spring. One day it is cold and sunny, the next day is warmer and snowing. When Europe had a cold snap with lots of snow they loved it and went to play outside. Here we usually think about cleaning up the mess in our driveway or our commute to work.

The people 80+ years old could be vaccinated and the 70+ years old started booking their appointments. There were no outbreaks at the local long term homes anymore and that meant people could visit each other again.

My thoughts were mostly with my parents this past summer and consequently my world became a lot smaller. My dad had been battling cancer for more than ten years and he was going downhill fast…

My parents went to the same school growing up. My dad then studied Engineering at the Agricultural College, while my mom was a bookkeeper at the Christian radio station. They started dating while he was still a student and became engaged when he finished his studies in 1958. The plan was to get married after his two years military service, but when housing became available they decided to get married in the summer of 1959. (I was born in September, 9 months after his Christmas leave!)

Because my dad had trouble securing a job in The Netherlands, he made a connection through some South African PhD students from College that lead to us emigrating in February 1961. My mom was aware of that possibility when she married him, but it was still a major adjustment to move so far away from family and friends. The culture shock was real.

Their relationship with God has always been central to their lives. Their 62nd wedding anniversary was in July and I made them a photo album to remember all their adventures titled “Psalm 121”, (“My help is from the Lord.”) I visited them in 2000, 2004 & 2008 in South Africa as well as The Netherlands in 2010 & 2015, so I had plenty of pictures to choose from.

Thanksgiving is not celebrated in South-Africa, so when my mom came to visit us here in Canada in October 1996, the only reference she had was “Thanksgiving Day for crops and labour” in The Netherlands. That used to be an old tradition where farmers would host a feast to thank their workers at the end of the growing season.

All his life my dad has been a diligent person. He was the eldest of seven children and had to set the example or take the lead. He was five years old when the war broke out in The Netherlands and twelve when it ended. At one point, his younger brother sat in front of my dad’s bicycle when they left their home to go live with family on the farm.

In South Africa, my dad was a researcher at the Department of Soil and Irrigation and travelled across the country for various research projects. Over the years my siblings and I all took turns to go with him during the school vacations. On those trips we learned a lot about different agricultural crops, but also life lessons he would share during our conversations.

My dad inspired me to become a plant breeder and he took me to the Small Grains Research Centre in Bethlehem on a sightseeing tour. On the way he took this picture of me because he liked the contrast between the threatening dark blue sky in the background and the golden colour of the wheat field.

When my dad retired, he went to visit his Dutch family in The Netherlands where he became interested in our family tree. While doing his genealogical research, he ended up in rural Germany. My parents would go back so regularly that after ten years they were invited to the local “Erntedankfest.” This is a harvest and thanksgiving celebration on the first weekend in October with a church service on Sunday. The church congregation came together at a local farm. People brought plenty to eat and the pastor read the parable of the Sower while the children did a skit.

Jesus tells of a farmer who sows seed indiscriminately. Some seed falls on the path (wayside) with no soil, some on rocky ground with little soil, some on soil which contains thorns, and some on good soil. In the first case, the seed is taken away; in the second and third soils, the seed fails to produce a crop; but when it falls on good soil, it grows and yields thirty-, sixty-, or a hundred-fold.

Jesus later explains to his disciples that the seed represents the Gospel, the sower represents anyone who proclaims it, and the various soils represent people’s responses to it.

They had the whole service printed out and we could participate with no difficulty. We did some singing and praying, thanking God for His blessings in our lives. This is a very old tradition in the North-West of Germany and thanks to my parents who made the connection I was able to attend this occasion. I felt very welcome and at home. It had many similarities to our Canadian Thanksgiving.

During his research my dad visited family in The Netherlands and Canada. He ended up in church-, municipal- and regional archives as well as people’s homes and farms in Germany. It was not easy. My dad had to learn an old German cursive alphabet to be able to read the information he found. He managed to trace our roots back all the way to the 1500’s. When he had to learn Latin to continue, he decided that was far enough! He published his research, shared the result with family, and left a copy in the Versmold archive. Since the local community had been so heavily involved, we even made it into the local newspaper!

When my dad’s was buried in South Africa on Friday, October 1, my niece added a sheaf of wheat onto my dad’s casket symbolizing his work and his faith. The family was unaware that my Mom thought it very fitting since it was Thanksgiving.

I am thankful for my dad’s life that God used in so many ways: My dad loved my mom and he raised his children into responsible adults. He spend plenty of time on his knees to ask for God’s guidance and he worked hard to sustain his family and to serve his country.

Thinking back on all that has happened during 2021, I realize that while we just toil from day to day, we do not know where we fit into the big picture. We can only do our part. God can use your life to benefit your family and other people you come into contact with in ways you cannot predict. Just like a tree is valued for it’s fruit, your life is measured by your behaviour. I am thankful that my dad’s life was a testament to God’s faithfulness. We were all blessed to know him.

This piece is part of an Anthology called “With Open Hearts” published by One Thousand Trees Publishing. To see more stories about gratitude and inspiration go to: https://www.ottbookstore.com/product-page/with-open-hearts or https://www.onethousandtrees.com/sharing.php 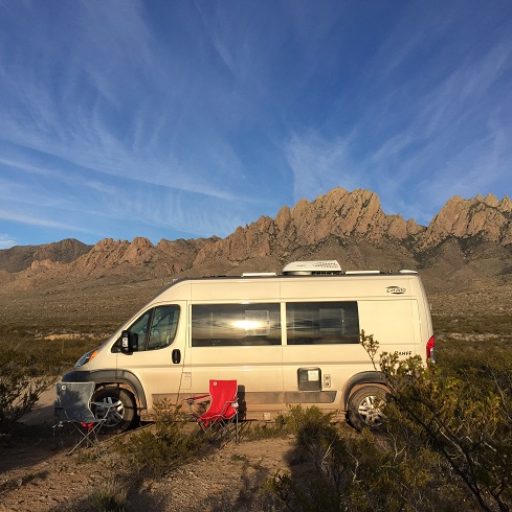 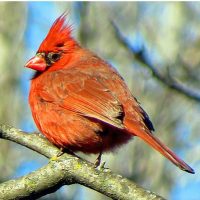 Follow Walking the Walk on WordPress.com
BACK ROADS AND OTHER STORIES