After finishing 155km on the Camino Frances in Spain and all the kilometers spend on the Bruce trail in preparation for the long trek this past October, this verdict comes as quite a shock to me.

My goal is to walk the whole length of the Bruce Trail eventually, so what is the message here?

I earned two badges on the Bruce Trail (BT) before going to Spain: the “Walking Fern” badge by doing the Toronto End- to-End (50 km over two days) as well as the Historical Hikes badge from the Caledon BT club. We have about 30 km left to go of the Caledon BT section (75 km) for the Chicory badge. Since it is pretty muddy, icy and snowy right now we will wait until May before finishing that section of the Bruce Trail. In the meantime I started thinking about goals for the New Year: the Caledon BT has a three day End-2-End (75 km) event over the Thanksgiving weekend in October. That sounds do-able…

Very proud of our badges!

I live closer to the Iroquoia Section, but it is 123 km long. Maybe we can do it in bits and pieces as preparation. When I saw this hike advertised to do a loop from Crawford Lake to Rattlesnake Point and back, I thought it made sense to join in. That way we can get a head-start on the Iroquoia BT section and with a group we will not get lost. A group also provides a sense of safety in event of something going wrong.

I am not as fast as I used to be, so I usually start out at the front of the group and that way people can pass me on the way and they don’t have to wait for me at the end. Unfortunately the group started off at a very fast pace (to warm up) while I was taking a picture of Crawford Lake and I could not catch up. The sweep made quick work of getting rid of me…

The advertised pace was 3.5 km/h over 12 km. Moderate pace over 4.5 hours. My maximum speed is 5km/h. My math told me that I should be able to join a moderately paced group. Brisk pace would be too fast and leisurely pace too slow. Apparently I was wrong about that.

I could dwell on the feeling of rejection, or I can try and find the message/lesson for me personally.

My conclusion is two-fold:

For now I will be walking shorter distances around the neighbourhood to work on my speed. I know somebody who walks his dog and he does 4 km in 45 minutes. (11minutes/kilometer). That sounds like a good intermediate goal. 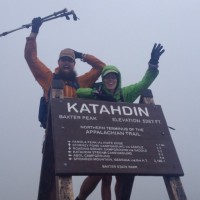 Follow Walking the Walk on WordPress.com
Spain In Color

Thoughts and experiences living in Spain as a woman of color

One of nine member clubs that form the Bruce Trail Conservancy

Hiking and adventure and all things nice

Paul on the Camino de Santiago

Wondering about my wanderings